Recently, I have been searching for sunny day themed playlists. Songs that are happy, upbeat, and bright that seem to put a smile on my face are songs that I have constantly been listening to non-stop.

When Golden Child released the song “Pump It Up,” I was beside myself with joy for this new song that fit the happy, sunny day vibe so perfectly. This energetic song captured me with its awestriking vocals and hype melodies from the beginning to the end. 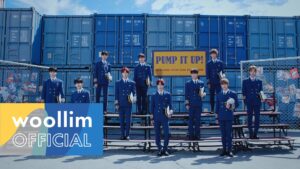 Golden Child is a 10 member group debuted in 2017 under Woolim Entertainment with their first song “DamDaDi.” In years since their debut, the group has slowly made a name for themselves. The song “(ONE)Lucid Dream” has amounted to 15 million views on YouTube. “Without You” hit 10 million views, and “Wannabe” received 5 million listens on Spotify.

The group is slowly rising to fame and has received many fans from abroad and within South Korea. This EP is sure to garner more of an audience for the up and rising group. 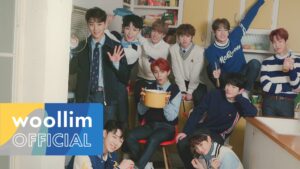 The EP, “Golden Child 2nd Single Album [Pump It Up],” has three different songs. The first song is, as we know, “Pump It Up.” The second song called “That Guy,” has a Melo side that comforts listeners with its calm vocals and healing sounds. The final track is named “Lean On Me,” and this song has a slightly more retro side. Immediately listening to it, I am reminded of the 80’s disco. “Lean On Me” Is slightly similar to “Pump It Up” in terms of the energy, but it has more of an old feeling twist.

If you haven’t already, listen to “Pump It Up” by Golden Child below!