While being stuck in quarantine, it is the perfect time to kick back and try out a new drama. For me, that drama was Sweet Munchies, and hoo boy, there was so much to take in from that show.

Sweet Munchies is a show about the handsome chef, Park Jin Sung (Jung Il Woo), that runs a late-night restaurant. Somehow, he gets more and more mixed up with television show producer, Kim Ah Jin (Kang Jiyoung) and becomes the main star to her show, Sweet Munchies. The catch: Jin Sung is pretending to be a gay chef.

I have laughed, I have cried, and… I have been disappointed at some parts.

Sweet Munchies released their first episode May 25th. The main cast for the drama are Jung Il Woo, Kang Jiyoung, and Lee Hak Joo. In general, it is a romantic comedy that incorporates food and heart-trembling love triangles, everything I honestly love in a drama.

I will talk about the show’s strong and weak points, as well as my personal thoughts on it.

First of all, the cast of this drama was so beautifully dynamic and interesting, in my opinion. There wasn’t one character that I felt didn’t have some kind of integral role to the drama, and the way they interact and grow as people was fun to watch. 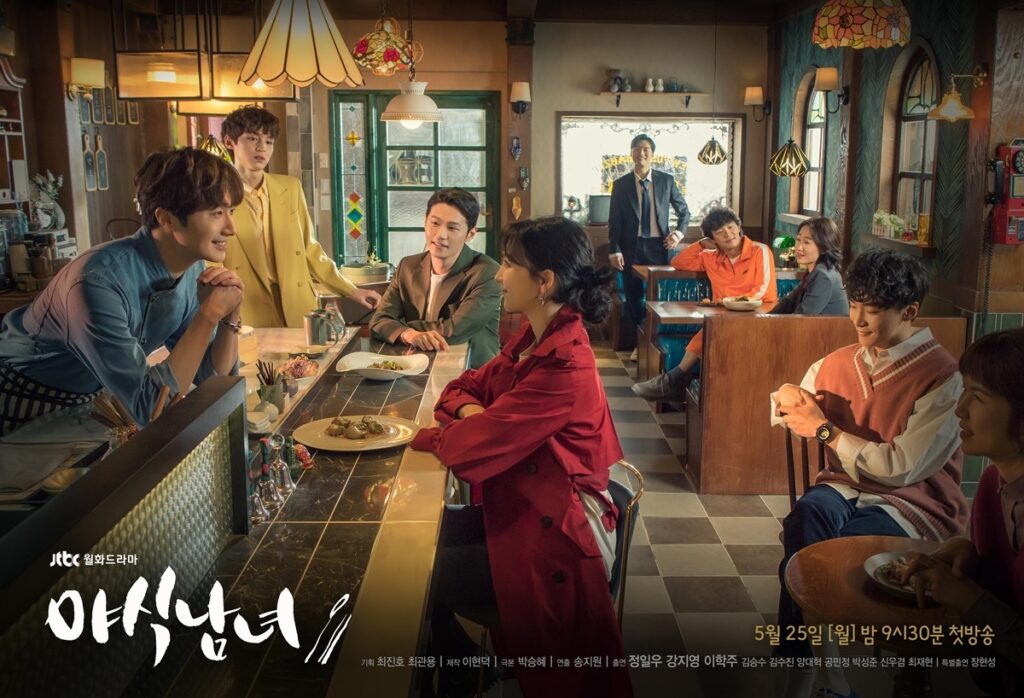 For every person that went against our main leads, I could see their struggle and reasoning as to why they acted that way. For Nam Kyu Jung is the senior in the company that becomes co-directors with Ah Jin on her show. He was shown continuously as the drama’s antagonist but within reason. He is stuck up and arrogant, but had proven himself as a hardworking director that only wants to get good results. So, when Kyujung went out of his way to figure out the secret behind Jinsung, he had done it in a way that could only worsen the dilemma than to put it out. It only seemed that he was trying to ruin Ah Jin’s reputation as a new producer.

Besides Kyu Jung, everyone in the broadcast company, CKTV, was very likable. Everyone had their own stories to follow and it was fun to see how each character plays out throughout the drama. From the surprise romance between coworkers, Jae Soo and Sung Eun, to the pitiful Sang Young, the senior with a soft heart but is repeatedly being walked upon by his juniors; I found myself feeling for each and every one of them… well, almost all of them.

Another strong point to this drama is Lee Hak Joo’s impeccable acting and his character, Kang Tae Wan. The way I was moved and was rooting for this man’s happiness throughout the whole drama! Kang Tae Wan is a famous fashion designer who ends up working with the Sweet Munchies crew. 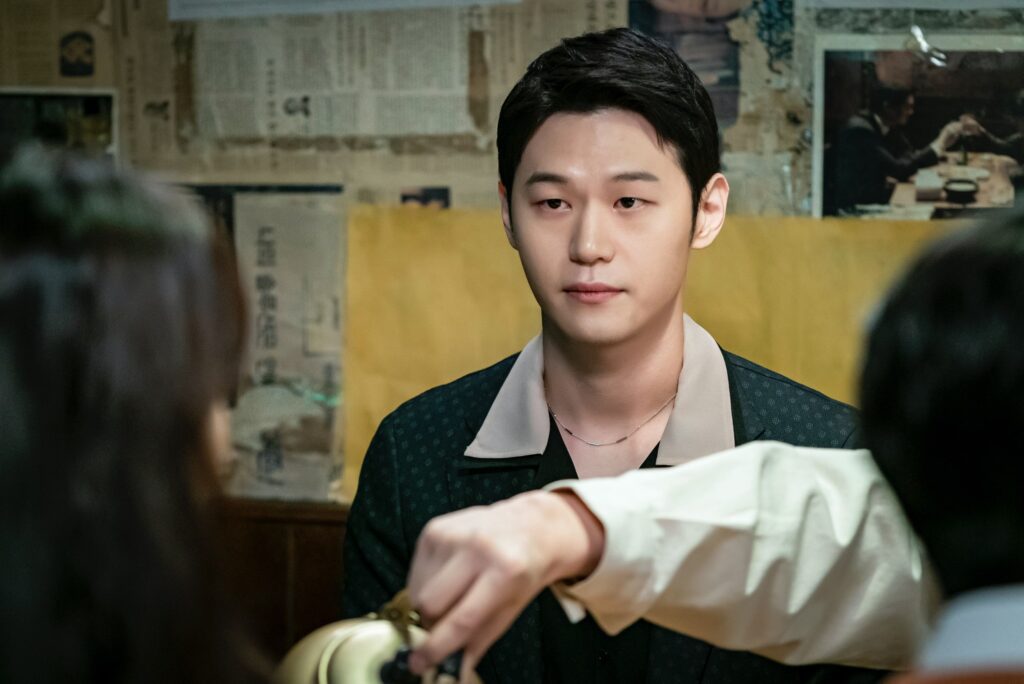 We first meet the character as someone cold and unapproachable, however that changes the moment Tae Wan meet Jin Sung. Now, spoilers here since this is important to Tae Wan’s role in the story and to Jin Sung’s. Tae Wan had been a closeted homosexual man for most of his life, but since meeting Jin Sung, who had been very open about his sexuality and is showing it off on national television, it gave Tae Wan hope and gave him the confidence to be his true self. And the way Tae Wan had fallen in love for Jin Sung was one that was sweet and innocent, viewers can’t help but root for him despite how we all know this would end.

Lee Hak Joo is a phenomenal actor, and he played his character amazingly that I couldn’t help but go on a roller coaster of feelings because of him.

Lastly, as a show about food, they didn’t fail to have my mouth watering over the dishes they ate in the drama. Much like the Let’s Eat series, I couldn’t help but crave every dish they served. The camera shots, the close-ups, and the way every character ate like it was their last meal made the food much more desirable!

Maybe, don’t watch when you haven’t eaten yet, but the food just adds to the show’s charm. 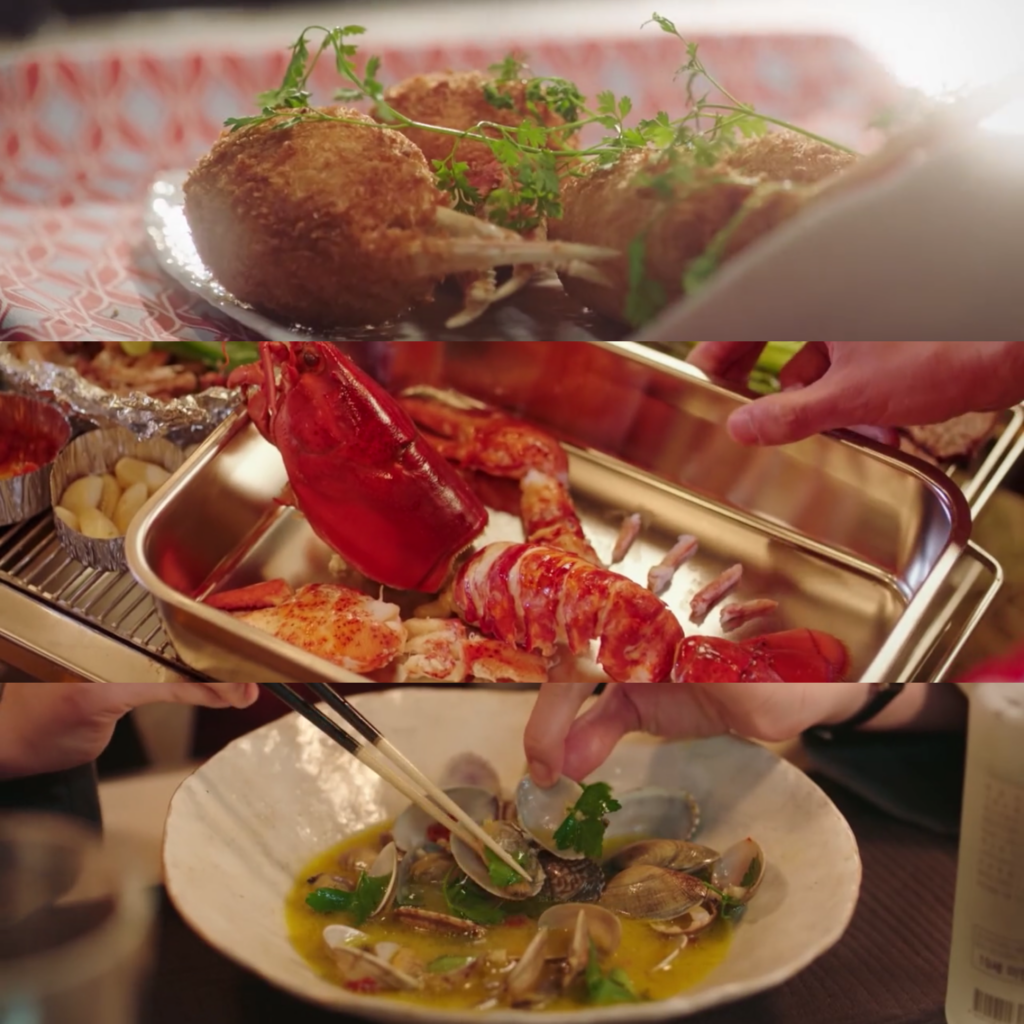 It is just a coincidence all of these are seafood, but I promise there’s more to this!

I thought the actual female lead may be the weakest character in the bunch. For someone that’s supposed to lead the drama, I just found Ah Jin a little annoying and a little cliche. Of course, I was thrilled for her when she was able to produce her first show and have it be successful, but I didn’t really want to root for her on her love line with Jin Sung.

I don’t blame the actress at all for this, as she portrayed the character nicely. I feel that the writing on the drama could’ve been better so her character could be more dynamic and different! 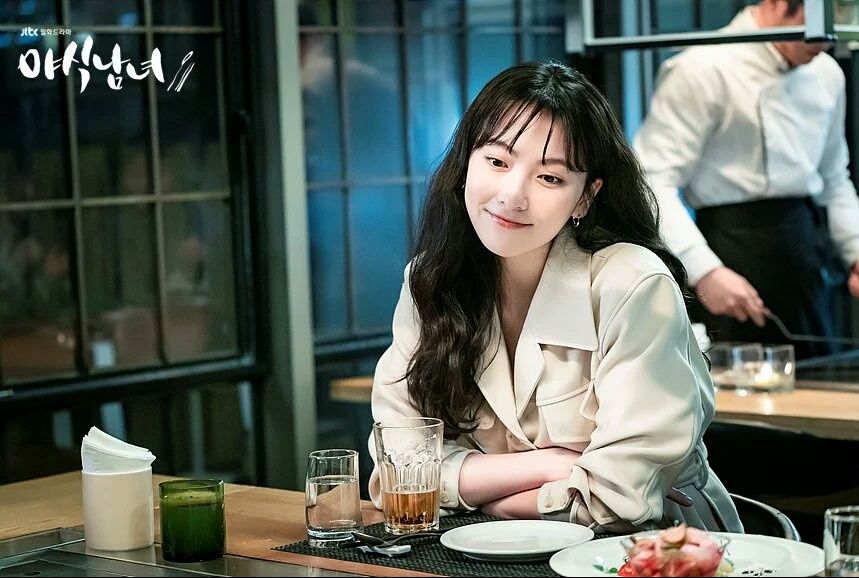 Another point I feel needs to be touched upon is the drama’s portrayal on homosexuality. I really love how they bring up the topic and have it as one of the driving points of the show, but I feel it doesn’t really show it accurately.

Homosexuality is more than being flamboyant, but that seems to be the only way they approach it. They try to dress up Jin Sung during his shoots on Sweet Munchies in extravagant clothing to show off his sexuality. I feel that they should have made it more subtle more the viewers to see that sexuality isn’t just black or white. 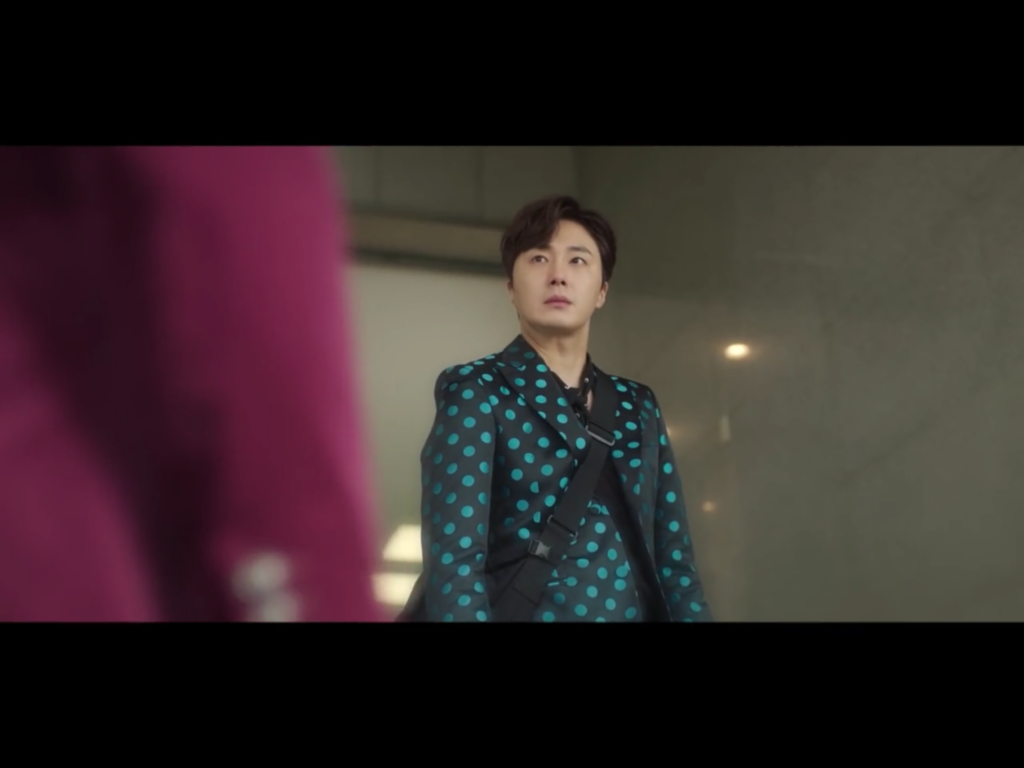 For most of the show, I did enjoy it! There were plenty of scenes that got my heart racing and my emotions in a twist. Although, it did end on pretty much a stale note for me. The ending was a roller coaster and I felt they could have written it better so it would be more satisfying. The ending left me a bit on a meh kind of mood with the way they reunited Jin Sung and Ah Jin after the whole fiasco of the big reveal that Jin Sung is a fraud and Sweet Munchies went down the drown afterwards.

The drama had a strong start and middle, but fell flat at the end, unfortunately.

If I were to recommend it to someone, I would have before I saw the last couple episodes. So, if you want to give it a try, you can! There are a good handful of moments from the drama that will get your heart warm and there’s so many characters to fall for too.

If you watched the drama, what are your own honest thoughts about it? Comment below and let us know!