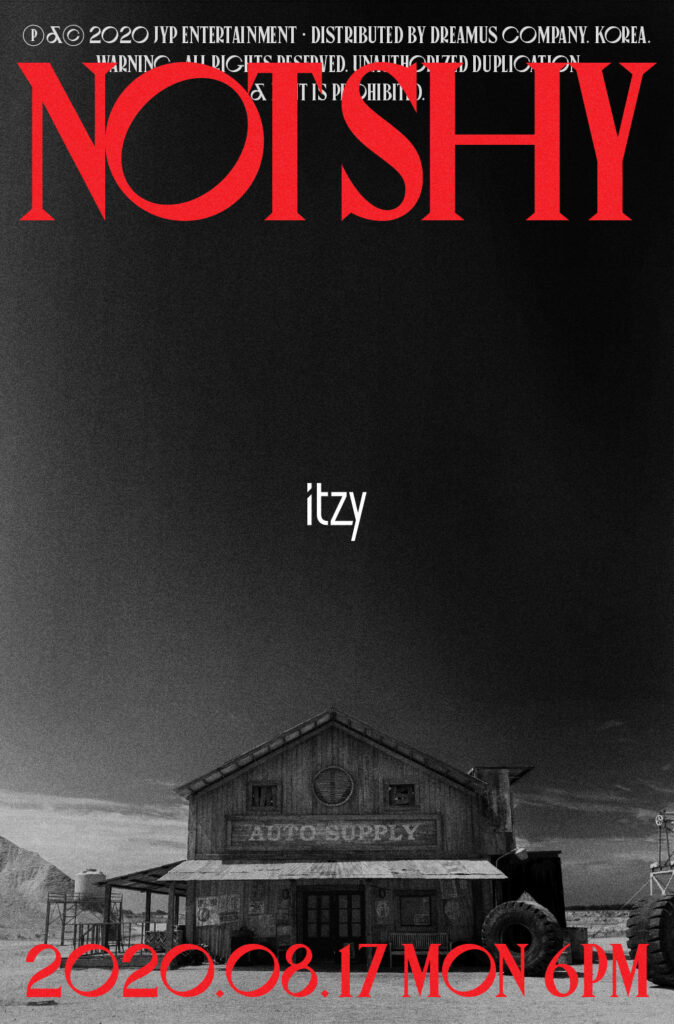 On Jul 30th, ITZY released the opening trailer for their upcoming single “Not Shy.”

The trailer looks like something straight out of a cowboy film set in the 1860s. ITZY, living up to the title tracks name, look like confident- women ready to take on the world.

Not much is shown in the opening trailer, but introductions to each member of the group.

Watch the opening trailer below

ITZY is a five-member girl group consisting of Yeji, Lia, Ryujin, Chaeryeong, and Yuna. They first debuted with their first album “IT’z Different” on Feb 11th, 2019, and are a relatively new group under JYP Entertainment.

Since their debut, they have only produced bangers with songs like “DALLA DALLA,” “ICY” and “WANNABE.” ITZY is the rising new girls on the block and has only come to dominate the music industry with their insane vocals and upbeat songs.