Seoul, South Korea (December 21st, 2018) – KNK, the South Korean boy band famous for hits like “Rain”, “KNOCK” and “BACK AGAIN” is heading to the United States for a 4-cities tour during February and March of 2019. 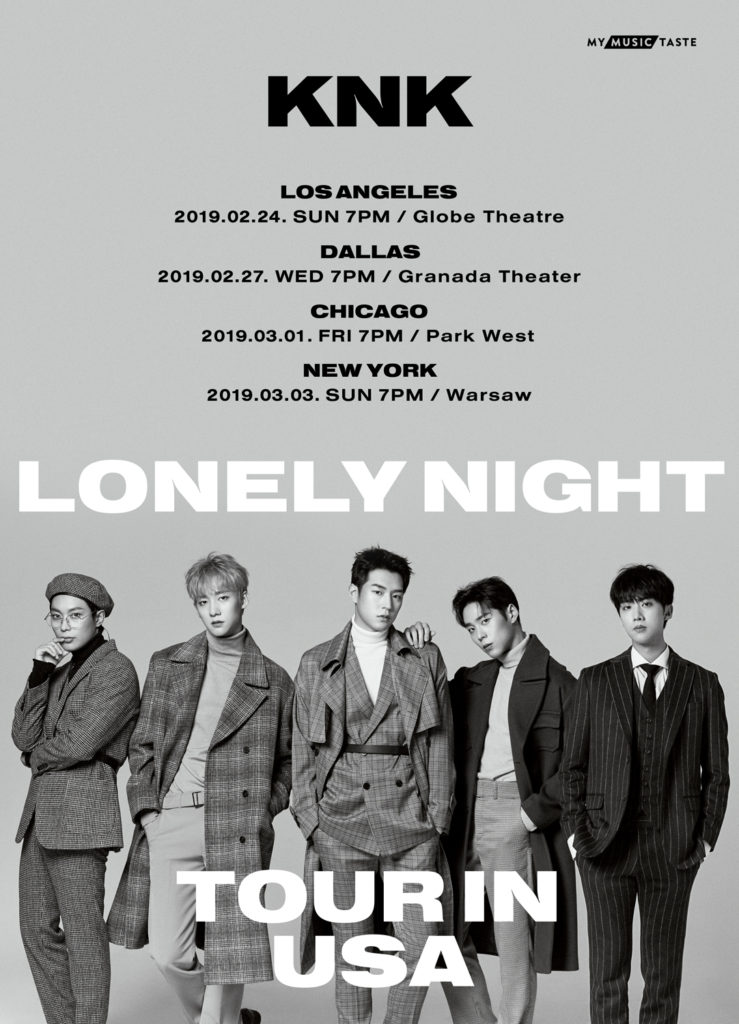 KNK Lonely Night Tour in USA was made possible thanks to the overwhelming demand on fan-initiated concert making service MyMusicTaste, a global online service where fans request their favorite artists to their cities for a live performance.

KNK is preparing a brand-new show with dazzling performances of their classic songs plus some surprises for their beloved fans.

Fans in the United States will have the chance to meet KNK in the following cities:

Further information on the tour and ticket purchase can be found through https://mmt.fans/ORRC/ or other social media channels of MyMusicTaste.