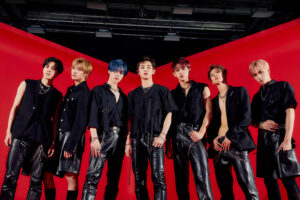 On July 29, Way V, the Chinese sub-unit to NCT, released an English version to their song “Bad Alive” as according to SM Entertainment, Way V “…will continue its global activities…”

The original song, “Bad Alive” was featured on Way V’s first album titled “Awaken The World” which was released in June. The song now is given an English version to appeal to fans all around the world.

“Bad Alive” is a song about how a bad boy falls in love. They want to give you their all but they’re too bad for you. This song gives off high school bad boy kind of vibes with the electronic beats and rocking rhythm highlighted in the background.

As well as the track, the music video for “Bad Boy” was released today and is available on YouTube and Naver SM Town. The music video brought on another layer of being “Bad Alive” with its intense red color pattern and rich powerful outfits. The hard beats and hot vocals give this song an addictive taste and would make one listen to it over and over again.

Way V’s album, “Awaken the World” is currently ranked #1 on the QQ music charts, the most popular page in China. It is also featured as #1 in the iTunes Top Album Chart of the World in 21 regions, specifically Japan.

It’s rising popularity and alter-ego type of music makes this song a definite addition to your KPop playlist!

If you haven’t already, check out the music video below!